Before the settlers of the late 1700’s came to the Walton area, Indian tribes of the Delaware or Lenape Nation used these lands for hunting grounds. In the early 1700’s surveyors appeared to survey the Hardenburg Patent. A stipulation of this granted patent from the English Crown was that after a survey was done, payment must be paid to the Iroquois Nation. The largest part of the Town of Walton is situated in a 22,000 acre patent granted to William Walton by King George III in 1770.

With the American Revolution over and bitterness existing between supporters of the Crown and supporters of the Colonies, many people were looking to move away from the more populated areas of the greater New York City area. This led Dr. Platt Townsend and Joshua Pine, friends of William Walton, to leave their homes in Long Island, NY to move north and begin a settlement in 1785. They agreed to survey the property and pay William Walton for 5,000 acres.

The Town was officially formed March 17th, 1797 by act of the New York State Legislature. The first meeting was held in a log church on Mt. Pleasant on April 4th, 1797. The original minutes from the very first board meeting still exist at the Walton Town Hall. The Town of Walton was the seventh town formed before the official formation of Delaware County. 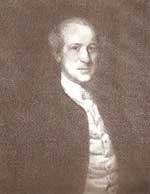 William Walton was a wealthy New York City merchant owning property on the East River in New York City and was a good businessman. At the same time that Walton received the grant of land from the King of England, he was working with other businessman to form a Chamber of Commerce. This later became the New York State Chamber of Commerce, the first ever formed. Walton was elected as the sixth president of the Chamber.

When the Revolutionary War began, Walton took a stand for the colonies, which was a courageous stand to take since many of his colleagues and friends were faithful to the English and his family was very involved with English aspects of life. While suffering some financial losses because of his stance with the English, he was still able to remain successful. Eventually, Walton was able to see a small town begin to grow in his namesake.